With IRIDAS’ early involvement in providing tools for Stereo 3D projects, Patrick is one of the driving forces in making Stereo 3D post-production tools more versatile and easier to integrate throughout the full production cycle.

Patrick is involved in consulting on production and post-production pipelines ranging from independent movies up to blockbuster productions. As part of IRIDAS education program, Patrick frequently teaches master classes on Stereo 3D at various locations throughout Europe, incl. InSight Out (Potsdam) and FMX (Stuttgart).

Hector Moran is a Mexican Freelance Character Artist based in Graz, he specializes in character art for video games, miniatures, statues and toys. He has made character art for games like League of Legends and Fortnite. He made the entire miniature line for games like Street Fighter, Ghostbusters+Men in Black, and others. His clients include THQ, Jasco Games, Schleich toys, Hasbro, Keos Masons, Kingdom Death, King Games and many others.

Taking 2d concept art and matching it up 1 to 1 in 3d is part of the skillset required to be a successful character artist. This can be a bit difficult at first, but with some practice and the right approach, it can be done. I this talk we’ll cover the making of some 2d to 3d projects where the concept art was matched up closely and we’ll talk about the steps of the process, what to do, what to avoid and why. 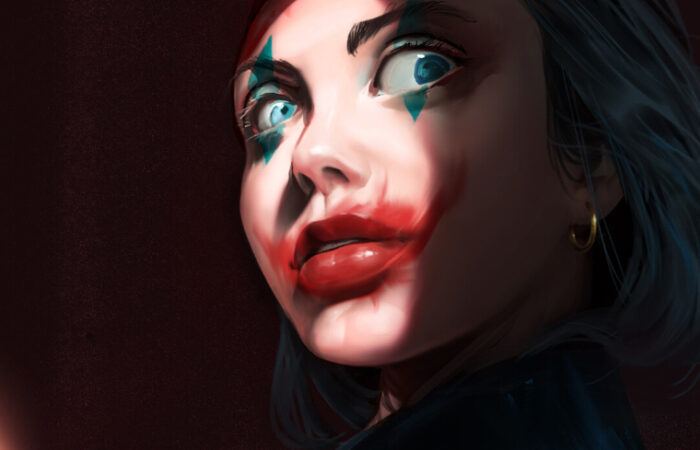 Since 2001, Heri Irawan began his career in the field of advertising in Austria. Eventually he also developed his skill and has been working in the field of movies and games as a concept artist and Matte Painting.

Armin Hess graduated as architect in the field of urban design in 1997 at the Technical University of Graz. Teaching ever since at different universities like the Technical University Vienna and at the University of Applied Arts in Vienna. ISOCHROM.COM a Vienna based CG company was established around 2000. The company focuses on archvis related computer graphics. Currently isochrom works on large scale international urban and infrastructural projects.

Clemens and Markus started the nomadic office in Vienna 1999 while studying architecture at TU Vienna. Since then the company developed to a highly qualified team of architects, 3d artists and a network of media professionals. Our daily work mostly consists of arch viz at any scale from small shop to XL urban study. In more than 10 years in buisness we faced challenging projects, sometimes got lost in experiments, other fields of 3D and still have not been nominated for the Oscar. All of this will be shown in our presentation, as well as previously unreleased material…

Lev Ledit is Creative Director and Lead Designer at „GAME GESTALT“, an game-prototyping company with the focus on “games for change”. He invented and initiated the virtual world “Papermint”. Previously he was designer at Rockstar Vienna. Building on his experience as a film-maker and game designer as well as his academic studies, he teaches “Game-Design” at the University of Vienna, the Vienna University of Technology, and the universities of applied science in Graz, Hagenberg and Vienna. He is speaker at international conferences including “Nordic Game”, “MindTrek” or “CORP”. He has programmed and designed multimedia applications and games for several museums, including the Austrian national library. Lev Ledit is expert for the Austrian government for computer games evaluation.

After graduating from the Institute of Animation at Filmakademie Baden-Württemberg in 2003, Saschka Unseld co-founded the award winning animation “Studio Soi” where he directed and produced numerous acclaimed idents, commercials and short films that have been screened and awarded at festivals around the world. He has given talks about his and Studio Soi’s work at festivals and conferences from Japan to the USA and has given lectures at various animation schools and colleges including the Institute of Animation in Germany, the Animation Workshop in Denmark, San Francisco State University and the School of Visual Arts in New York. Since 2008 he works as a Camera and Staging Artist at Pixar Animation Studios in California where he has just finished his work on “Toy Story 3”.

Pixar Animation Studios, a wholly-owned subsidiary of The Walt Disney Company, is an Academy Award®-winning film studio with world-renowned technical, creative and production capabilities in the art of computer animation. Creator of some of the most successful and beloved animated films of all time, including “Toy Story”, “Finding Nemo”, “The Incredibles”, “Cars”, “Ratatouille”, “WALL•E” and most recently, “Up”. The Northern California studio has won 21 Academy Awards® and its ten films have grossed more than $5.5 billion at the worldwide box office to date. The next film release from Disney | Pixar is “Toy Story 3” (June 18, 2010).

Born 1976 in Munich, Jakob started his studies at Ludwigsburg’s Filmakademie Baden-Württemberg in 1996, where he is teaching since 2003. In 1999 Jakob started working for London’s studio aka, and in 2002 he cofounded STUDIO SOI, where he since then has designed and directed a number of acclaimed commercials, titles and shorts. Jakob’s latest work, the BBC Christmas Special “The Gruffalo”, was nominated for a BAFTA in 2010.

Born in Florida and raised in North Carolina Joshua Beveridge earned a degree in computer animation from Ringling College of Art & Design. His short film Things That Go Bump In the Night placed in both the student Oscars and Emmys Awards. Since then Josh has been employed by Sony Pictures Imageworks in Los Angeles, California. He has spent the last 5 years working on films such as: Chronicles of Narnia: the Lion, the Witch and the Wardrobe, Open Season, Speed Racer, Cloudy with a Chance of Meatballs, Tim Burton’s Alice in Wonderland and the Academy Award nominated Surf’s Up. In addition, Josh earned a VES nomination for ‘best animated character in a live action film’ for his work on the feature I Am Legend. He is currently residing in Bristol, England and working on the Sony/ Aardman co-production Arthur’s Christmas.

Mischa Rozema and Jules Tervoort founded Dutch creative studio/film production company, PostPanic, in 1997. PostPanic create unique visual work for the advertising, broadcast, retail and music industries. It’s international roster of directors all share a common graphic design background and often choose to also work directly on areas such as animation or compositing during a project. This is clearly reflected in our creative attitude.

Supporting our directors, is our Amsterdam studio, made up of a permanent team composed of producers and creatives specializing in live action, motion graphics, 3d and visual effects. Founders Mischa and Jules will be speaking at Pixel 5.0. Mischa is one of the main directors at PostPanic and also acts as Creative Director for projects under the PostPanic brand. His directorial work is fundamental in establishing PostPanic’s name as one of the premier international creative studios. Jules is both Managing Director and Executive Producer at PostPanic. He is responsible for a team of producers specializing in live action and post-production work plus he ensures all PostPanic projects attain the same high production standards as we aspire to with our creativeness. Together Mischa and Jules have been responsible for creating work for brands including Nike, MTV, ASICS, McDonalds, TomTom, Coca-Cola and Amstel to name a few.

Vienna based Artist/Architect. LAUBlab was founded in 2001 and is responsible for a lot of ArchViz projects and architectural designs. As a spin of Stefan started the compiling of Vray for Cinema4d and won a lot of fans in the Cinema4d scene. He will speak about the tech behind Vrayforcinema4d and his career as ArchViz professional.

Ryan graduated from the University of Waterloo School of Architecture in Canada with a strong focus on digital design. He has extensive experience as a computer graphics artist and 3D director, responsible for team leadership on all projects.

Squint/Opera works as a close-knit team of over 30 experts including graphic designers, 3D animators, web designers, musicians, and cinematographers. Many members of the team have architectural training.

The company exists as a flexible entity, working on both small and large scale projects efficiently. squint/opera works on national and international projects and is currently working on projects in Singapore, UAE, England, Ireland, US, Saudi and Monaco.