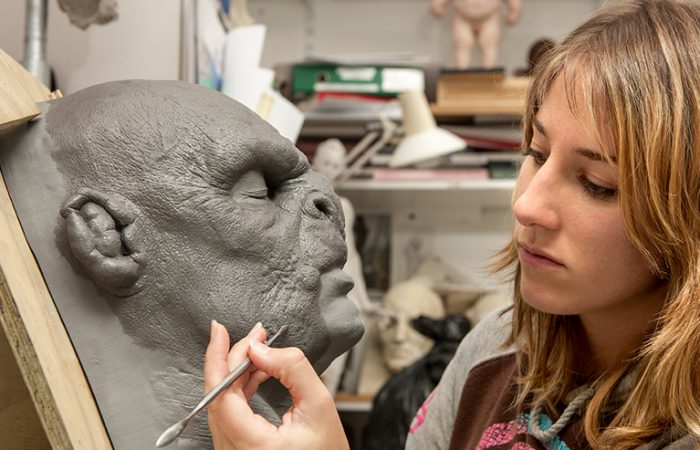 Lindsey has been drawing, painting and sculpting from a very young age, and continued her exploration of the arts throughout Highshcool. She went on to receive her Bachelor of Fine Arts with a Concentration in Illustration and Character Design at California State University at Fullerton. During her time at University she also took many courses in Biology and Anthropology, which fueled her determination to work in Concept Design for Film by stoking her interest in Creature Design and World Building. An underlying lifetime love of Film cemented her decision to move from California to New Zealand to work with the legendary Weta Workshop. During her time at Weta Workshop since 2007, she has worked on numerous film projects and created many Collectible Sculptures for Weta Collectibles. She has been fortunate to have had the opportunity to work with many film giants such as Peter Jackson, James Cameron, Richard Taylor, Guillermo del Toro, and Neill Blomkamp to name a few. 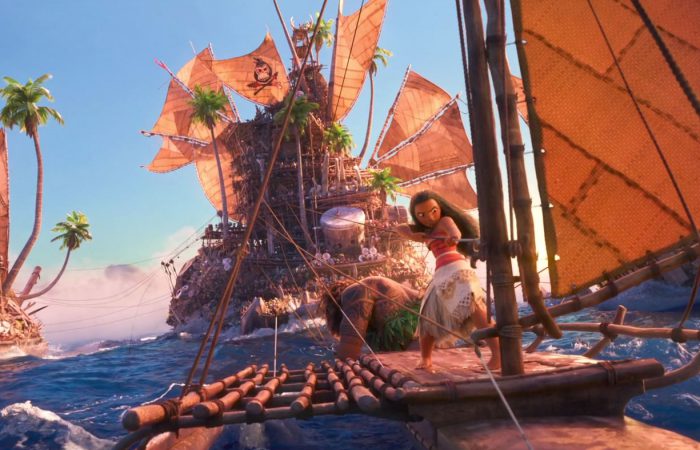 He leads the effects department in both creative and technical direction alongside fellow head of effects Marlon West. “Vaiana” has an enormous scope of effects, including water and lava at an epic scale. “This is definitely our most complex and pervasive effects film we have been challenged with at the studio,” says Mayeda. “Our effects also need to perform as characters in an anthropomorphic way to convey emotion and excitement.”

Mayeda joined Walt Disney Animation Studios in 1999 as an effects animator and later head of effects animation. His credits include “Chicken Little” and “Bolt” and “Tangled,” as well as Oscar® winners “Paperman,” “Frozen” and “Big Hero 6.”

Prior to joining Disney, Mayeda got his start in live action at Sidley Wright Motionworks, The Post Group and Rainmaker Digital Pictures handling movie trailer graphics, commercials and live action visual effects. His credits include “Steel,” “Flubber” and “Armageddon.”

Born in Los Angeles and raised in Huntington Beach, Calif., Mayeda was drawn to the visual effects industry after seeing “The Lion King”—specifically the scene with the wildebeest stampede. He later served as a sequence supervisor on the 3D conversion of “The Lion King.” Mayeda earned his Bachelor of Science degree from UC Irvine in information and computer science. He minored in management. 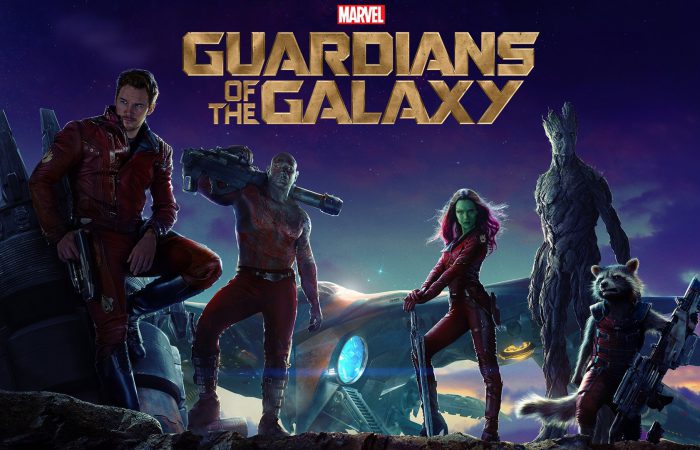 Started in the industry in about 2008 after finishing my studies in plymouth and a masters in Vancouver. I was first introduced into it by bumping into someone by accident in a phone shop who went on to get me my first job. Through a steadily accelerating series of accidents, mistakes, and being in the right place at the right time I now work on Star Wars. 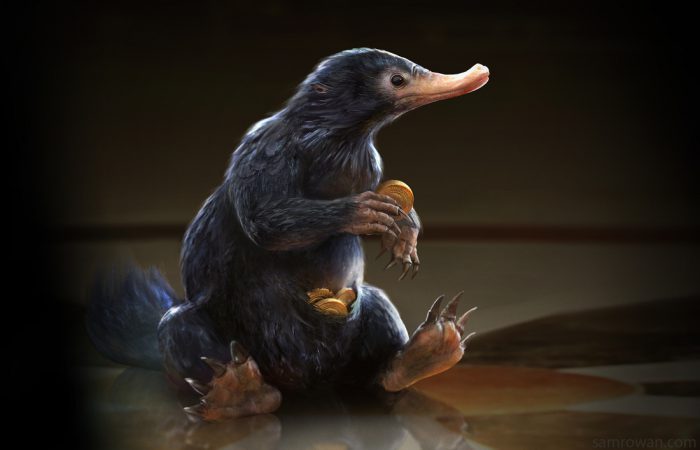 Sam is a Concept Artist originally from Scotland, now based in London. For the past 10 years he has been working on feature films including Guardians of the Galaxy, Edge of Tomorrow, X-Men – Days of Future Past, Prometheus, Rise of the Planet of the Apes, and Clash of the Titans. He started as a Character Modeller working for studios such as Weta Digital, MPC and The Mill.
After 6 years as in VFX he was invited to join Framestore’s Visual Development team as a Concept Artist. 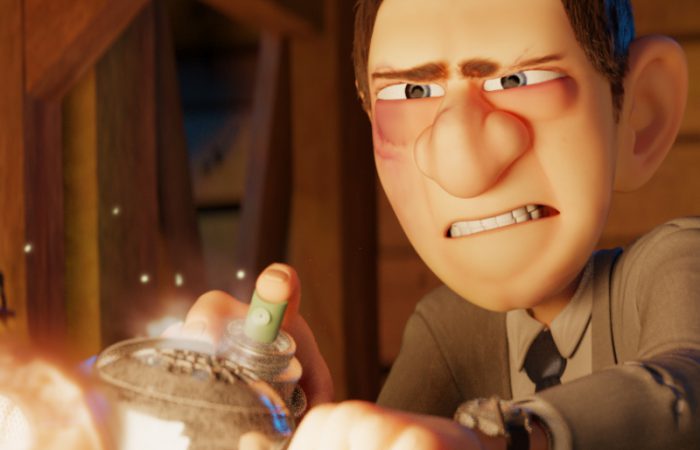 Francesco Siddi is the Production Manager and Pipeline TD at the Blender Animation Studio. He joined the team in Amsterdam as VFX artist for the Tears of Steel short film, and was involved with the Blender software project for several years. Since then, he has worked on the development of the studio pipeline and the Blender Cloud platform, which has allowed the funding and production of several shorts such as the Caminandes series, the award-winning Cosmos Laundromat and Agent 327: Operation Barbershop. 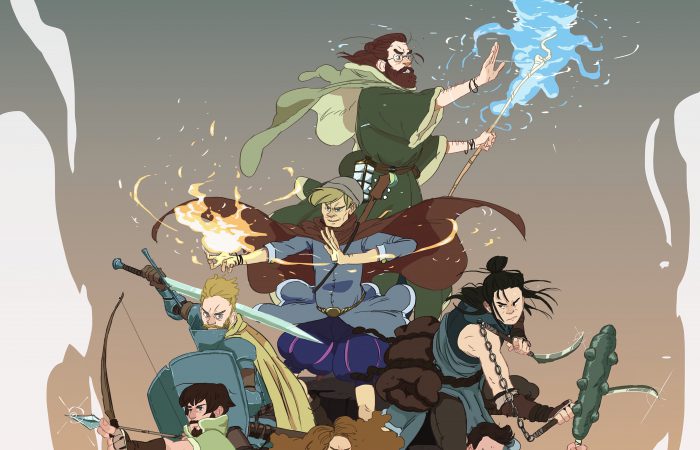 With a degree from The Animation Workshop in Denmark, Mikkel directs, writes and works within animation. He directed “The Reward” as his Bachelor film and the sequels ”The First Hero”, “Travelling Deity” and “Wilhelm’s Curse” all part of the animated universe called “Tales of Alethrion” which was made possible thanks to crowdfunding and traditional funding. His interest for creating stories on different platforms and medias has resulted in many different kinds of awesome projects, like roleplaying books, comics, webseries, feature films, etc. 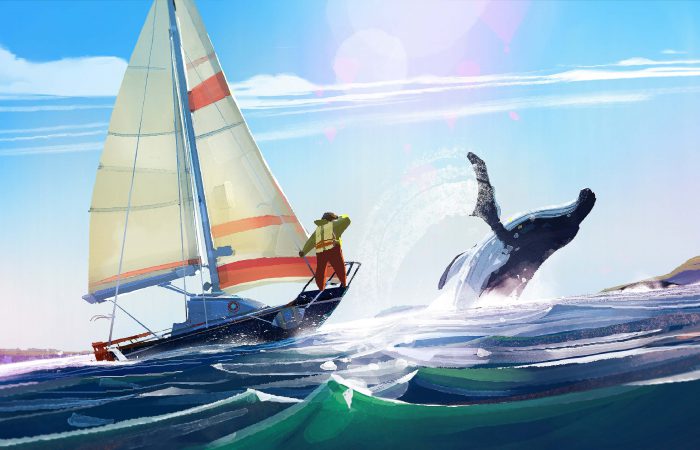 Felix is CEO of the Broken Rules. Indie at his heart, he co-founded Broken Rules right after finishing his studies at Vienna University of Technology and Hogeschool voor de Kunsten, Utrecht. His area of expertise includes game and level design and gameplay programming which he has done on all games of the studio. Additional he has been responsible for ensur­ing project quality and handling all organizational activity of Broken Rules. 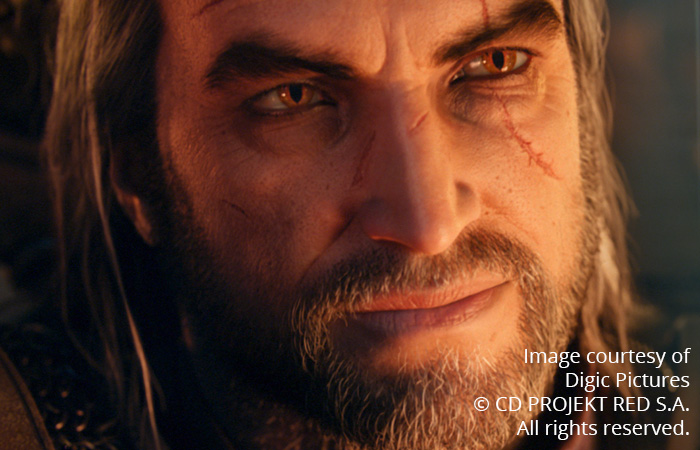 As a Graphic Designer and Motion Artist of 15 he started to increase his special fields by doing 3D Animation. After his Highschool Degree he worked as a junior Art Director and later moved to Salzburg to extend his knowledge in Fine Arts. While doing his studies at the University of Applied Sciences Salzburg he raised his own agency in 2015, working on projects for RedBull, Ogilvy&Mather, FreshFX, Funke&Glanz, Tyrolia, Semperit, Promotion Software, Paylife, Lightshape, … After his Master Degree graduation in spring 2016 he moved to Stuttgart to work for Studio Soi on the international Cartoon Network Series “The Amazing World of Gumball” – Season 5. In autumn 2016 he started his career as a Previz Artist at Digic Pictures in Budapest. 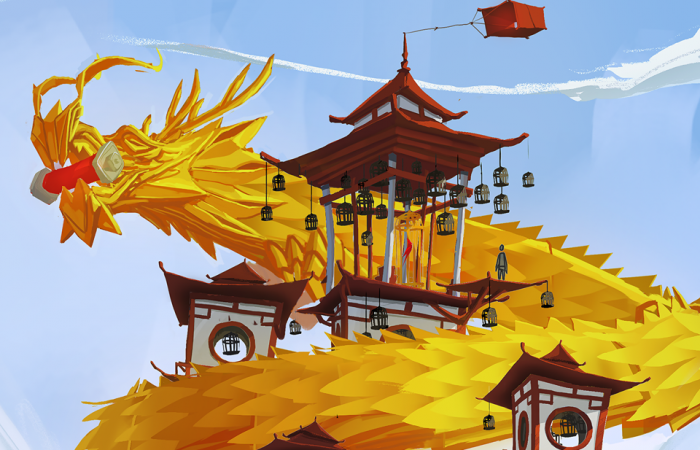 Michael is a Sound Designer with 8 years of experience in sound designing and mixing for short and long format productions like commercials, television series and motion pictures. He has worked with production companies in Austria and done work for international clients.

As a next logical step however, Michael discovered his interest in interactive non-linear media and started working for gaming companies on traditional console games and immersive VR experiences. Besides his work in Audio Postproduction and Game Audio, Michael teaches Audio Design at the HTL Spengergasse in Vienna.

Designer and illustrator Cesare Asaro has one foot in Europe and one in the US. He has worked on both continents in the animation industry on projects like Disney’s Princess and the Frog, Sesame Street’s stop-motion Bert and Ernie’s Great Adventures, and the upcoming Deix feature film Rotzbub.

Together with Kirstie Shepherd, they bring the fictional worlds of Curio & Co. to life, producing entertainment collectibles from this alternate history. This includes the Eisner-nominated Finding Frank and His Friend and the Gadabout Time Machine User’s Manual, recently optioned to Hollywood for a feature film. From heartstring-tugging nostalgia to fictional environments so believable you could almost walk right in, their work reveals an extraordinary world that’s lurking just under the surface of our own humdrum lives. 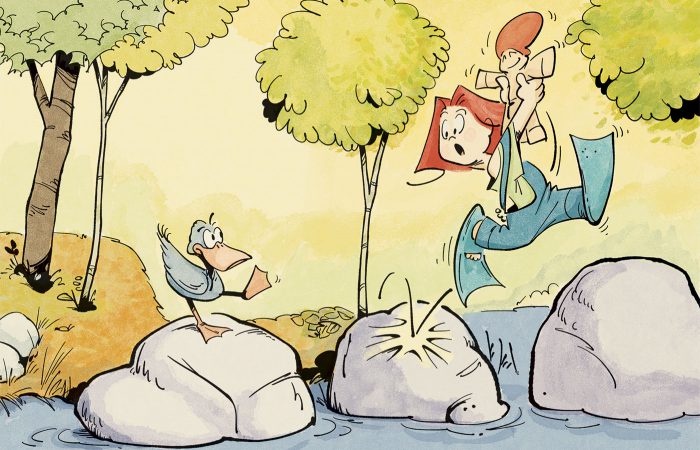 Kirstie Shepherd has written for comic books, magazines, and advertising campaigns in Europe and the US. She has created communication projects that lift the story off the page and bring it to life, including developing shows for schoolchildren and serving as a spokesperson for radio and TV broadcasting.

Together with Cesare Asaro, they bring the fictional worlds of Curio & Co. to life, producing entertainment collectibles from this alternate history. This includes the Eisner-nominated Finding Frank and His Friend and the Gadabout Time Machine User’s Manual, recently optioned to Hollywood for a feature film. From heartstring-tugging nostalgia to fictional environments so believable you could almost walk right in, their work reveals an extraordinary world that’s lurking just under the surface of our own humdrum lives. 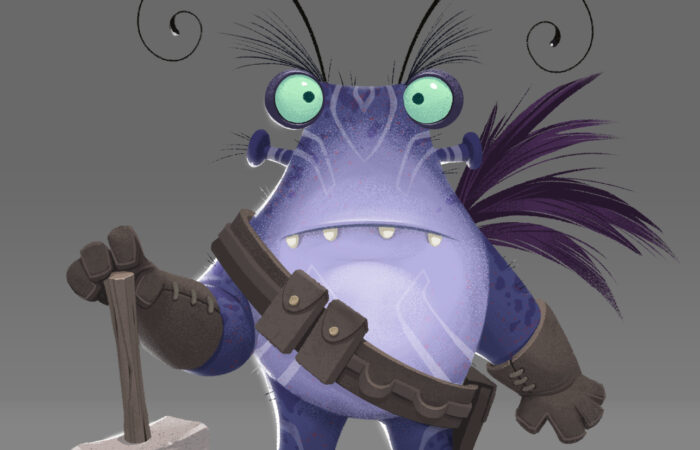 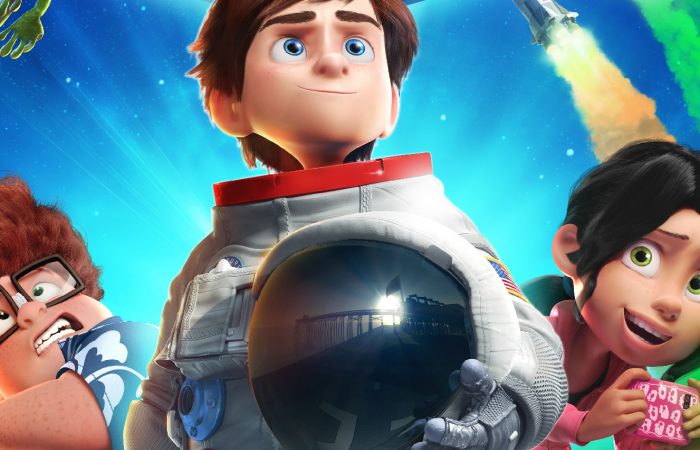 Nicolás Matji comes from a family of filmmakers and soon he developed a strong passion for animation projects.

As Film producer he has garnered 7 Goya Awards (Spanish Film Academy Awards), 2 for feature films and 5 for shortfilms, including the Guinness record to the most awarded Animation short film.

He is Cofounder of Lightbox Animation Studios and Lightbox Academy, School of Digital Arts.

TAD, THE LOST EXPLORER , AND THE SECRET OF KING MIDAS (Tadeo Jones 2, el secreto del Rey Midas – 2017), Directed by Enrique Gato & David Alonso, recently released in spain is his last production. At the present date is about to cross the 2 million moviegoers in Spain and it has to be released in the rest of the world.

In 2015 Lightbox released “CAPTURE THE FLAG” (Atrapa la bandera) , directed by Enrique Gato, it became the first Spanish animation film who got a worldwide distribution agreement with a Hollywood Major.

“TAD, THE LOST EXPLORER” (Las aventuras de Tadeo Jones, 2012) (Tad ,the lost explorer) , was the first movie produced by Lightbox. It became a great success in the history of Spanish animation, achieving more tan 2, 7 million moviegoers in Spain, becoming the second most watched film in Spain in 2012 and was distributed in more than 54 countries) , achieving a box office of an estimated 60 million USD and being the first Spanish movie ever to have a wide release in China.

Nicolas has also produced the animation TV Series DISCOVER WITH TAD (Descubre con Tadeo) for MEDIASET SPAIN. An Educational TV content about Spanish Research and Development in a 26X2 format 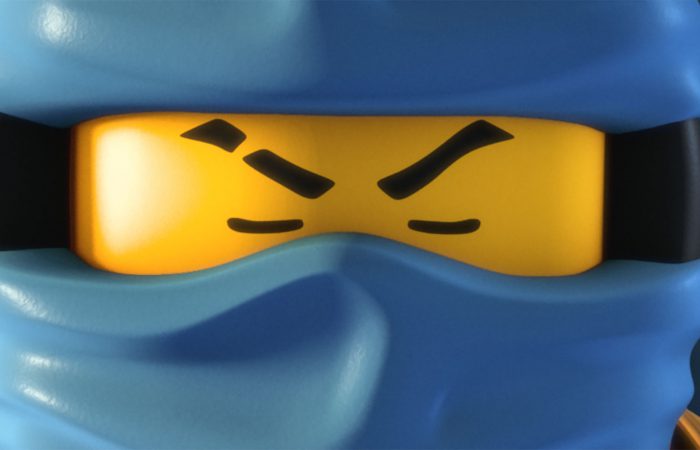 I have been working with 2D as well as 3D, in short art films, commercials, games, feature films and mostly in TV series, covering the range from low-budget local (Denmark) TV-shows, and all the way to the high-end, global phenomenon; “Ninjago; Masters of Spinjitzu”, where I presently serve as Supervising Director.
For my work on “Ninjago” I was nominated for The Annie Award in 2012, in the category “Directing in a Television Production”.
I entered animation in the mid-eighties, and have been unable to escape ever since. I have been involved in animation, story boarding, producing, project development, yet directing seem to be the place I always gravitate towards.
Recently I have participated in a trans-media project, a so-called 360 development, where we have examined how to make a core that can apply to all aspects of the animation expressions today; VR, AR, TV series, gaming etc.
However; at heart, I am basically a story teller. 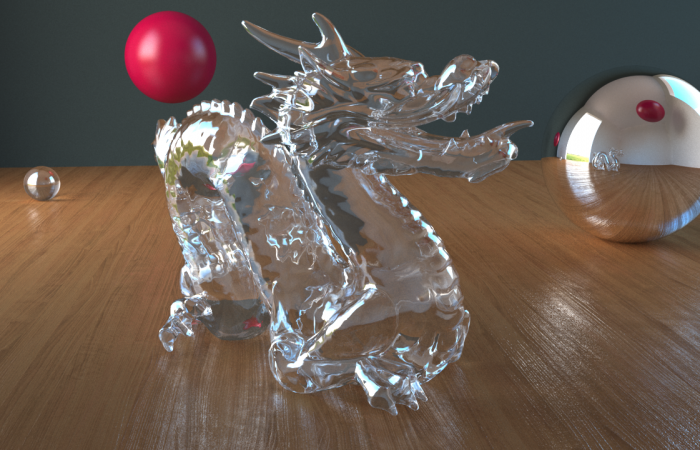 Jaroslav Křivánek is an associate professor of Computer Science at the Faculty of Mathematics and Physics of Charles University, Prague, and a co-founder of and the Chief Science Officer at Render Legion a.s., the company behind the realistic rendering software Corona Renderer. Previously, he was a Marie Curie research fellow at Cornell University, and a researcher at Czech Technical University in Prague, as well as at University of Central Florida. Jaroslav received his Ph.D. from INRIA Rennes. His primary research interest is in realistic rendering, especially Monte Carlo methods for light transport simulation. The technologies he has co-developed have been adopted, among other, by Weta Digital, PIXAR, Allegorithmic, Chaos Group, and they are of course used also in Corona Renderer. In 2014, Jaroslav was selected for the New Europe 100 list, “a list of outstanding challengers who are leading world-class innovation from Central and Eastern Europe”. 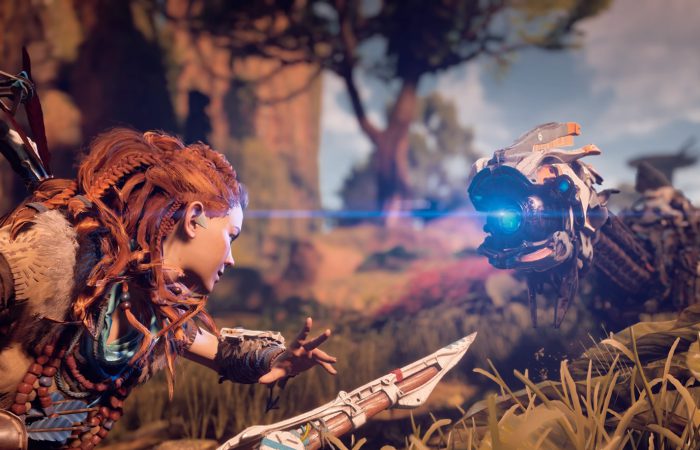 Hey I’m Niek, I’m responsible for some of the in game animations for Aloy on our awesome game Horizon: Zero Dawn! I also worked on Killzone: Shadowfall, and done some VFX work at a studio in Amsterdam. For a long time I didn’t know what I wanted as a profession. I didn’t even realise that being an animator or a game developer was something you could do as a job. Looking back I do realise that my love for movies, video games, and drawing were a constant presence in my life. I guess I just had to walk down a few different paths before I finally chose to pursue the things that I loved and made the decision to be an animator. And when I did, I just felt this was the right thing for me, and I haven’t regretted this decision a single day of my life! 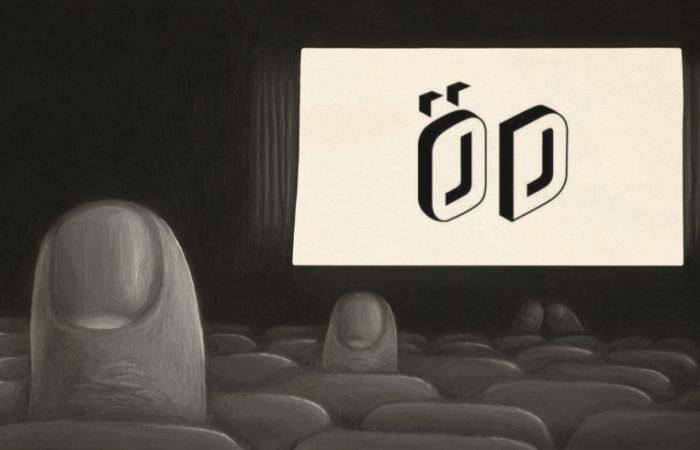 ÖD – Österreichisches Daumenkino is an Austrian flip book anthology that showcases the work of 8 comic and animation artists. Now in its second run it is produced and published by Wolf Matzl, Moana Rom and Eric Chen. You can find more about this project by visiting www.tisch14.at/oed

Wolf Matzl runs a small animation studio in Vienna with his partner Moana Rom. They work in a variety of styles and – preferably handmade – techniques like paper cut-out and puppet animation.
Eric Chen is a comic artist and graphic designer in Vienna.