I grew up loving monster movies and Warner Bros cartoons. Graduated from Emily Carr College in Vancouver. My first job was at the NFB in Montreal; since then have worked in commercials, television and feature films in 2D & 3D. A few of the films I’m proudest of are Aladdin, Tarzan, Madagascar, Over The Hedge & Trolls. 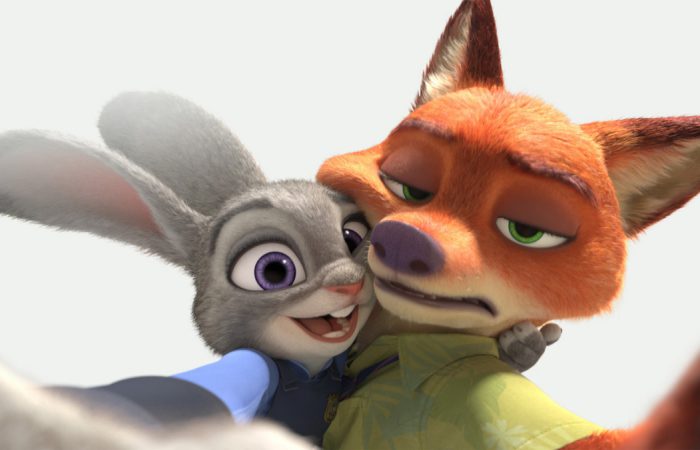 Hans-Joerg Keim studied Graphic Design/Visual Communication at the University of Applied Sciences in Duesseldorf, Germany. After graduating, Keim worked as an Associate Professor at the same University and as a 3D generalist on a variety of projects. Keim moved to Los Angeles in 2003 where he worked as a previs artist. He joined Walt Disney Animation Studios as a lighter on “”Meet the Robinsons”” and then moved between the lighting and look development departments. He served as lighting supervisor and look development environment supervisor for “Frozen” and was the Head of Environments on “Zootopia”. 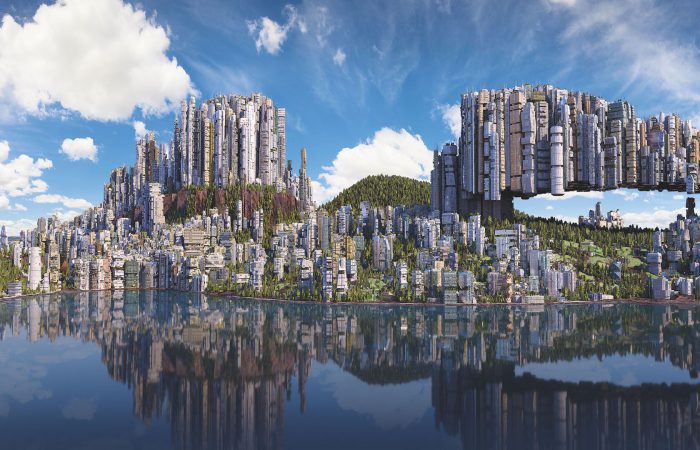 Markus Lipp is a senior software engineer and researcher at Esri, mainly focused on advancing procedural modeling. He holds a PhD in computer science from the Vienna University of Technology. 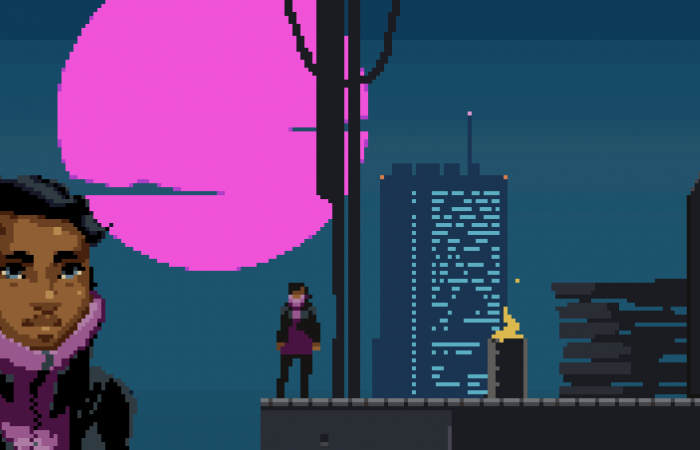 Stefan “leafthief” Srb has been professionally making games since 2011 (that’s the official date) at Viennese game development studio Mi’pu’mi Games. There he worked on titles like Hitman HD: Trilogy, Anno: Build and Empire and most recently their very first own, independently published, IP: The Lion’s Song, which originated in one of Stefan’s privately developed games.

By night he becomes “leafthief”, maker of independent games, partaker in game jams and Créateur du pixel art. As “leafthief” he creates character-driven, mostly narrative, games. Among them experiences about inspiration, beauty and dementia that have won two Vienna Content Awards in the past. When not working on games he likes to talk about working on games and did so at the A MAZE Berlin, Quo Vadis, Develop Brighton or as guest lecturer at the University of Applied Sciences Upper Austria. 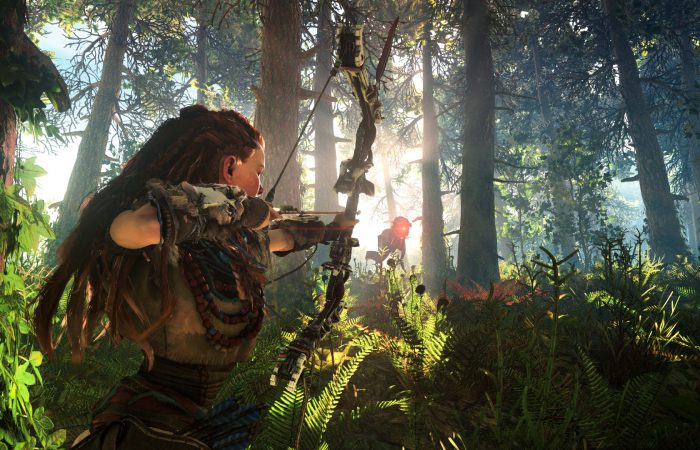 After finishing my Bachelor of Animation at Academy of Arts St. Joost in Breda, I started at Guerrilla Games as Cinematics Animator. Gradually the tasks started shifting towards the technical spectrum of animation. Soon enough, I became responsible for development and maintenance of a major portion of the animation tools and pipeline.

My free time was (and is) largely spent doing side projects ranging from visual effects to programming custom applications for interactive installations. 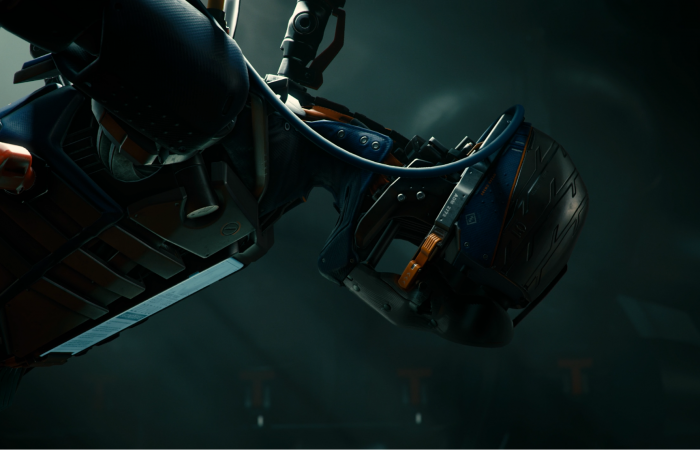 I’m currently working as a visual effects artist. My previous work experience includes 7 years as a motion graphics and compositing artist for TV productions. 3D modeling, lighting and rendering, as well as 4 years as a VFX artist in Crytek Black Sea (Sofia). I joined Unity demo in the beginning of 2016.

Stefan Malzner is a vienna based graphic designer, burger lover and creative director at Bloodirony Games.
Stefan started his career at the young age of 14 by founding his first startup Global Artists, a community for digital designers and photographers. After his graphic design apprenticeship he worked as a digital designer for companies like Barclays, Deutsche Bank, Shell, Volkswagen and on the weekends he toured as a DJ and VJ all over Europe. For the last couple of years he has been on a mission to find the best burger recipe and founded Horst, Grete and now Bloodirony Games.

With a PhD and habilitation in mathematics, Jean-Marie Aubry held for 10 years a position of associate professor position at the university of Paris East – Créteil. After a variety of publications in multifractal and functional analysis, he moved to Wellington, New Zealand to work as a visual effects researcher for Weta Digital. Now with Double Negative in London, Jean-Marie pursues research and development with the rendering team. 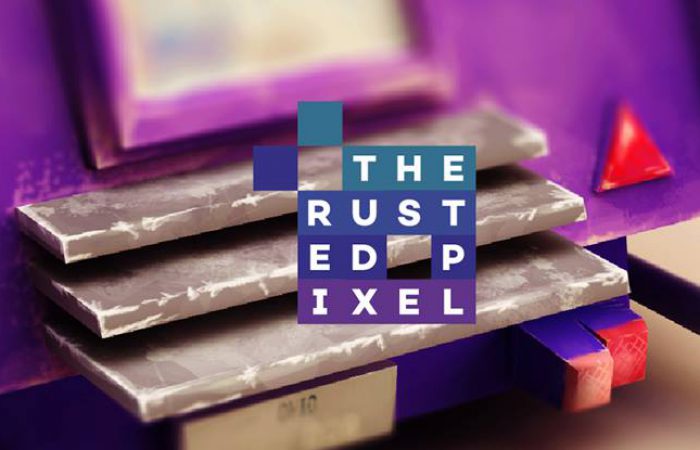 Paul is a freelance 3D modelling and texturing artist from Ireland. He studied animation at the University of Wolverhampton, UK. He moved back to Ireland where the recession hit pretty hard. Work was difficult to come by and decided the only way to make a living was to enter the scary world of freelancing.

He has been using CINEMA 4D for seven years and has developed a unique retro modelling style and applies painterly textures with the use of BodyPaint and Corel Painter. Where most artists choose to use bright and shiny textures, Paul prefers layered, warm and abstract textures with plenty of hidden easter eggs 🙂 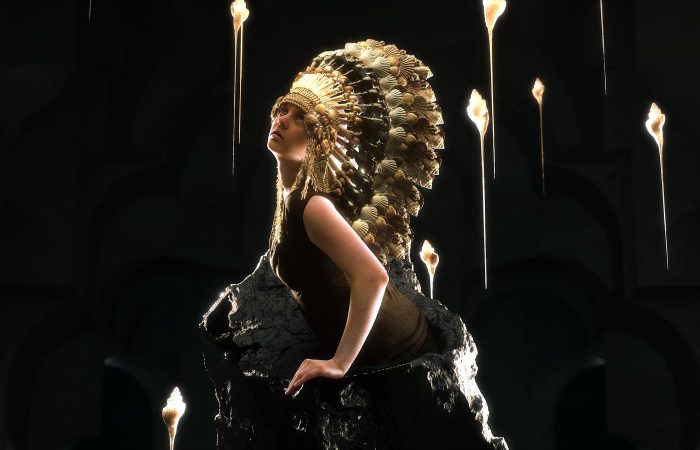 Manuel Casasola Merkle is a Graphic Designer and Technical Director with over 15 years of experience. He likes to dive deep into the ins & outs of contemporary CG research, burrying his desk under piles of Siggraph papers, thus racking up quite diverse software and programming skills. After graduating from the University of Applied Sciences in Nürnberg in 2000, he co-founded Aixsponza, an interdisciplinary design company, based in Munich Germany in 2006. 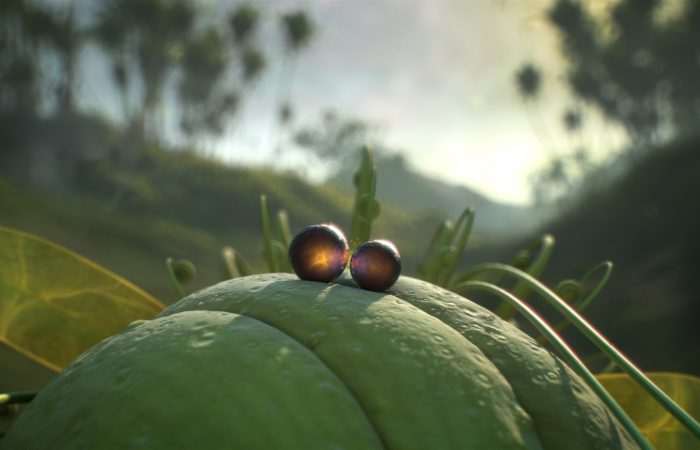 Born in 1984 as son of a fine arts teacher, Sascha first used cameras and real actors to make films but then switched to the computer early in his career. While studying at the Filmakademie Baden-Württemberg, he made critically acclaimed short films, worked on feature films and started exploring interactive media. In 2015 he worked on a graphics research project promising rich interactive graphics on mobile devices. These days he’s exploring storytelling in VR. 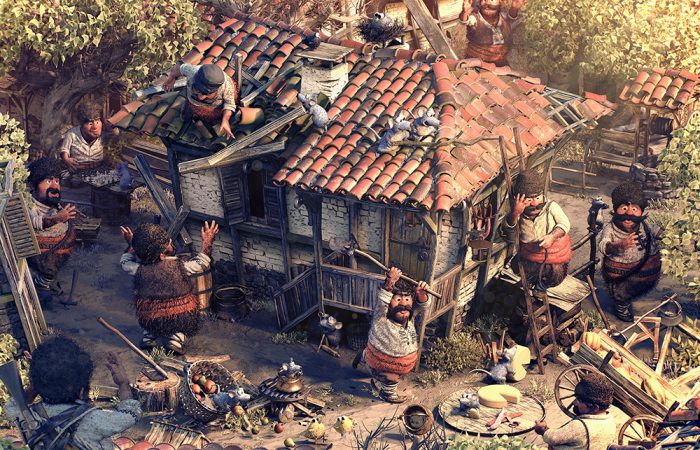 Lyudmil is a CG professional with more than 10 years’ experience in the field of architectural visualization, animation and visual effects. Before joining Chaos Group, he worked as a CG specialist and compositor at some of the biggest VFX studios in Bulgaria.  Lyudmil joined the Chaos Group CG team in 2014 and since then he’s focused on helping companies and professionals get the best out of V-Ray rendering engine. 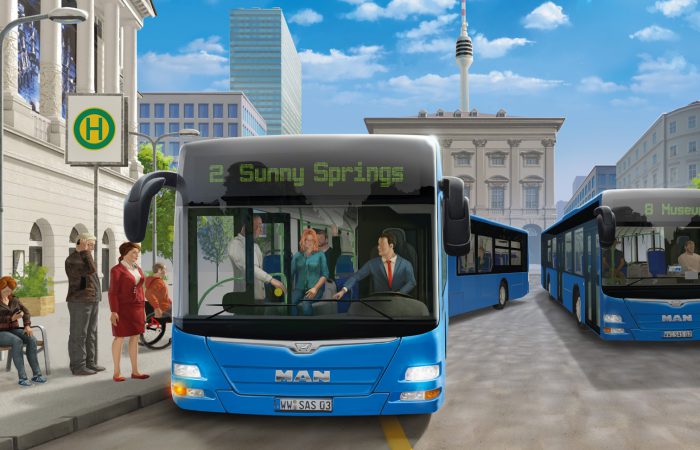 He released his first game in 2007 and worked as an artist for architecture and product visualization, before he joined stillalive studios in 2012. 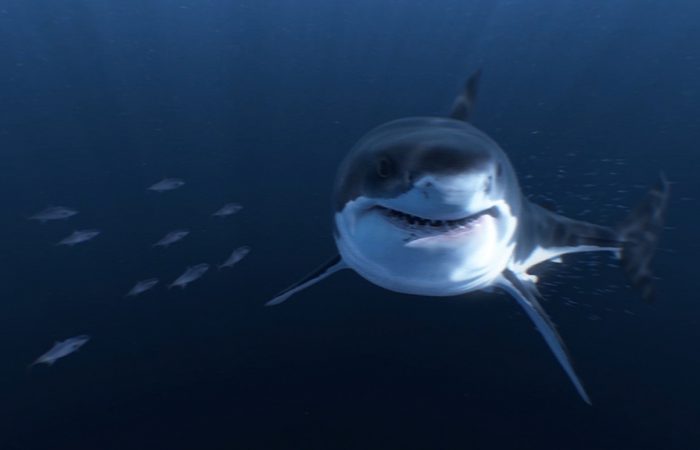 Kim is a freelance twice BAFTA nominated, multi award winning Creative and Director currently working in VR and AR content. Specialising in immersive visual storytelling that has captivated audiences over the years. Her portfolio spans across short form, motion graphics, VR and post production for broadcast, advertising and online. 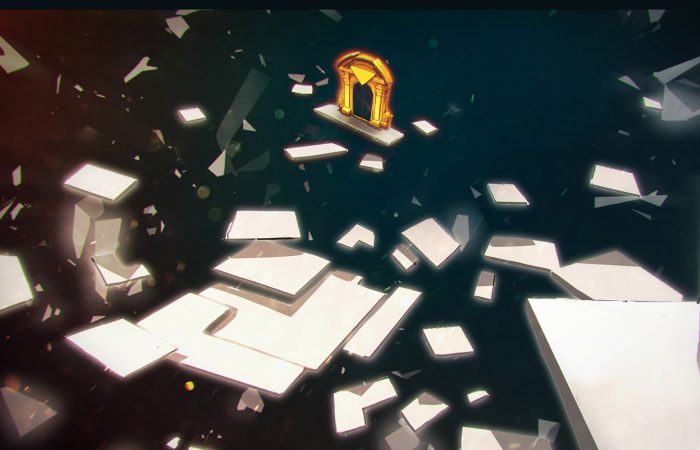 Michael has been a Game Designer for half a decade before he and his friend and colleague Stefan decided to found Black Cell, a Gaming Studio which focuses on Virtual Reality.

A short while ago they released the atmospheric puzzle-game Wake Up, which is quickly climbing up the Steam VR charts and is highly acclaimed by the press. 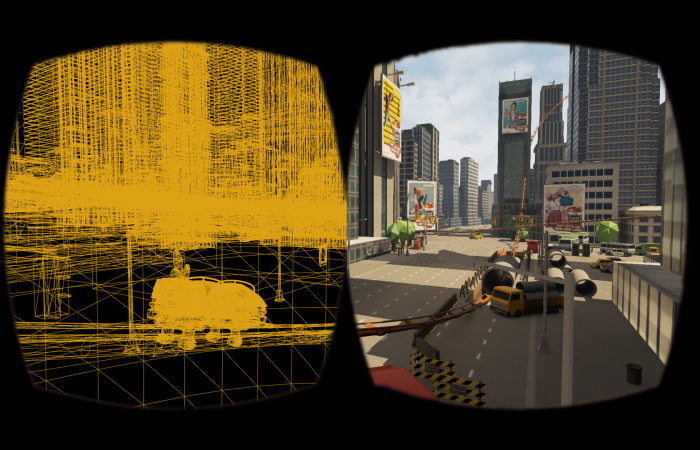 Matthias has been a Game Developer for as long as he can remember. With a background in electrical engineering, computer science, 3d modeling and visual effects he is uniquely qualified for virtual reality development. He has over 2 years of tools, gameplay and engine programming experience and specialized in game development with Unreal Engine 4, the very technology that powers some of the best VR experiences out now. 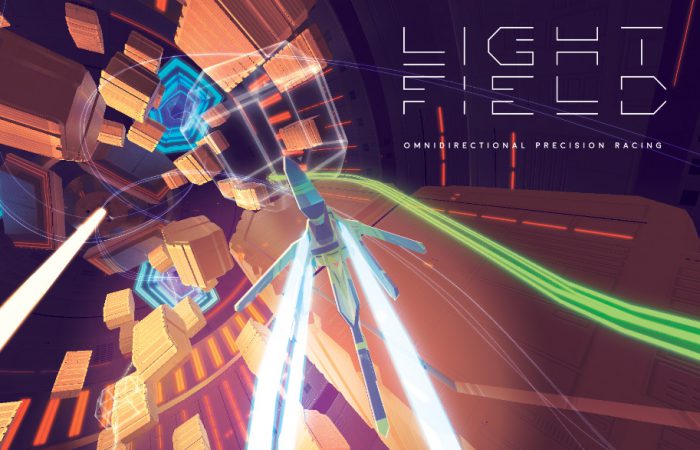 Matthias is co founder and developer at Lost in the Garden (http://lostinthegarden.com), a small independent games studio in Vienna. He is currently working on a hyperfuturistic, omnidirectional racing game that blends classical arcade racing with flying, complemented by an abstract art style and driving IDM music. Matthias has a background in computer science and builds alternative game concepts as a hobby.